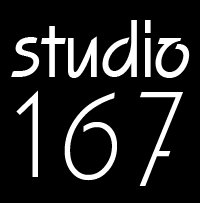 Artist on roll in Newfoundland

Shawn McNevin with a selection of her oil paintings of western Newfoundland, in her studio.— Photo by Bill Sevigny/Special to The Telegram

The ancient yellow school bus emerges from the winter snows. It could be forgiven for feeling a little dejected.

But not so at an artist’s studio home in Chelsea, Que. Here, imbued with muse from a nostalgic decade of Newfoundland summers, the loyal school bus knows that another magic drive on the rugged west coast of Newfoundland approaches, where it has a new life as a roaming studio.

With its artist owner Shawn McNevin at the wheel, they set off together – heading to the ferry “from away” to traverse the mighty mountains of Gros Morne National Park.

Soon, her easel is set up north of Deer Lake, up Burnt Hill hiking trail, high above Neddies Harbour, Norris Point. There, the highlights and subtle muted colours of the spectacular Tablelands landscape, rising above the shimmering waters of Bonne Bay, are deftly transferred from her palette to luminous oil-on-canvas paintings.

McNevin travels on through Rocky Harbour, painting as she goes – mystic views of distant seas beyond windswept grasses rooted between species of rare plants and polished pebbles which glow with the amber, citrine, topaz and blushing-beauty pastel pink gem-colour hues of a Newfoundland ocean sunset.

Working north, up the Viking Trail via the taupe inclines of Burnt Cape’s Ecological Reserve towards L’Anse aux Meadows, McNevin quickly captures in paint the unpredictable fickle elements of “Petit-Nord,” the Great Northern Peninsula of coves, fjords, ponds and tickles.

“Storm over Ship Cove,” “Erratic at Cape Onion,” “Sky and Land” are the titles of some of McNevin’s oil paintings. They express her engrossed emotional absorption with the magnetic blue-grey atmosphere of seashore of western Newfoundland, its mountains, land and seascapes with quick glints of sunlight under scudding clouds.

It’s not surprising that McNevin’s annual art exhibitions of western Newfoundland are titled “Coastal Observations,” “Beneath the Horizon,” “Elements” and “Undercurrents.” They are held at Galerie McKenzie Marcotte in the village of Wakefield, Que.

Whether on small square canvases of intimate plant life, or large rectangular paintings of savage shoreline rock, softened by distant broad horizons lit by Newfoundland’s expansive skies, McNevin’s art also emanates to local galleries from the home where she and her husband, Bill, have put down Newfoundland roots at Cow Head.

Her creative vision from the nearby headland lighthouse trail might include the vista of Long Range Mountains and the entire vast coastline.

From whatever place her inspiration flows, summers should see again that yellow school bus studio, with its artist owner discreetly sheltered from the wild headland winds at Pointe Riche Lighthouse beyond the Port au Choix fishing boats or behind a Viking village, or pausing to contemplate new creative images emanating from Newfoundland’s seas at the top of the Rock.

From May to October this year, McNevin’s paintings will be shown at Neddies Harbour Inn in Norris Point, Java Jacks in Rocky Harbour, The Dark Tickle Company in St. Lunaire-Griquet and the Norseman Gallery in L’Anse aux Meadows.

See more of her work online at www.studio167.ca

Janine Smiter is a freelance arts writer, a board member of the International Association of Art Critics in Canada, and former chief of media relations at the National Gallery of Canada.